A Yard in Chaos

So, we had to take down the tree between the garden and the fire pit. Dad asked the neighbor if he wanted the wood and if he would help cut down the tree. A few minutes later, he was half way up the tree with a chain saw. 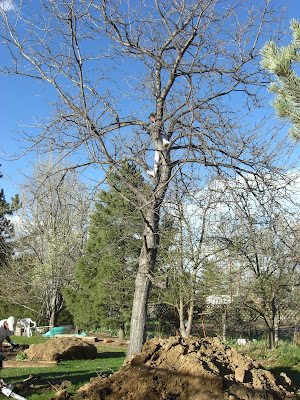 Here are Ben and Dad watching from below. I'm so glad he didn't fall. That's a long way down. 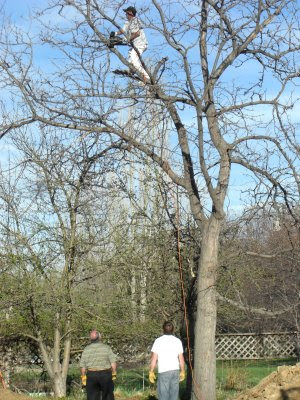 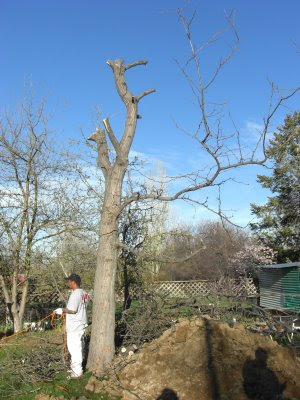 Here is John, inspecting the hole he is digging for the septic tank. 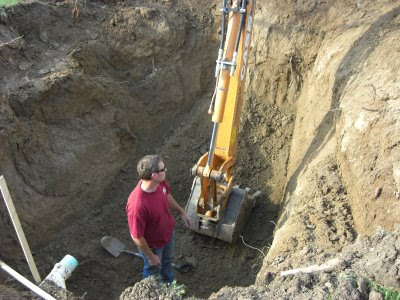 Nothing like having a huge hole in your back yard. 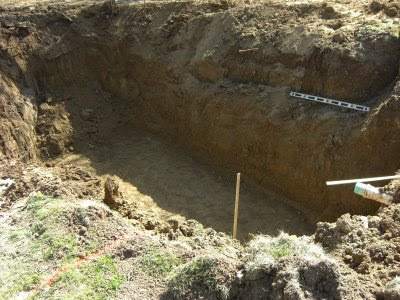 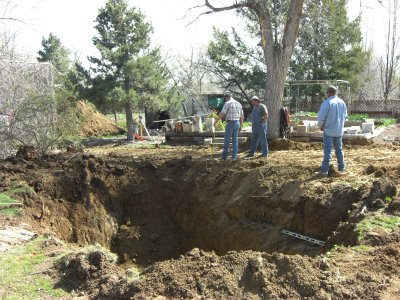 This truck was supposed to back down to the end of the tennis court and dump a load of sand. There wasn't enough room between the tree and the hole for the guy to get back there. He tried, but he got this far, jumped out of the truck and looked at the distance between the hole and the tire and said "I'm just not that brave" So he dumped it at the side of the house and they scooped it up and drove it back with the backhoe. 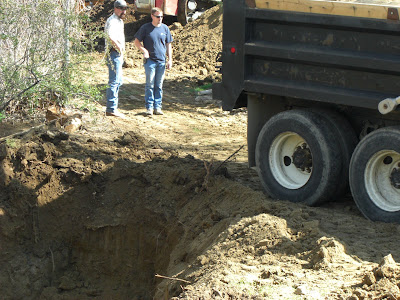 Here is the truck that delivered the tank on Friday morning. That tank looks like a concrete vault. I have a video of the tank being dropped in, but I couldn't get it to load. I'll try to get that up eventually. 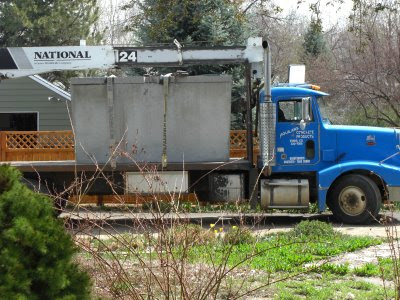 Here it sits, waiting to be hooked up to the pipe. 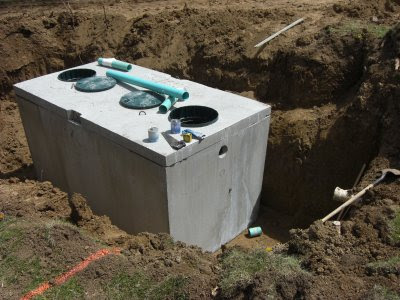 This is the first day of excavating the leech field. 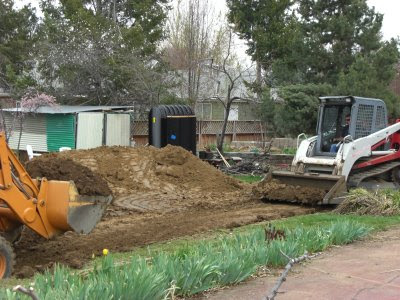 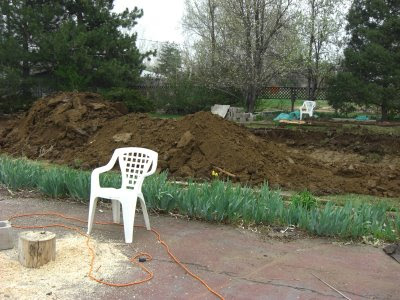 We woke up on Monday morning and it had snowed. Talk about bad timing. They drove backhoes in mud and kept on digging. 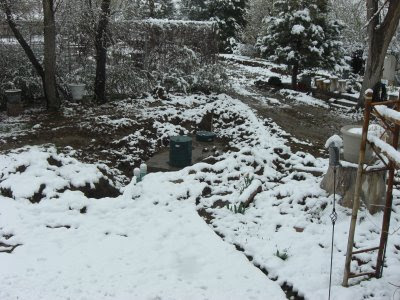 Here is the backyard shot from the end of the tennis court. Tha's about 2 feet deep. 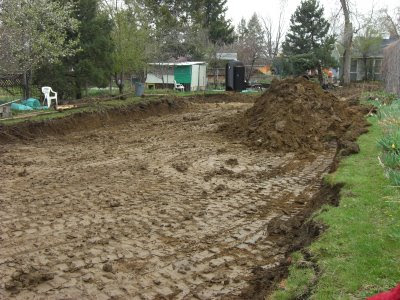 Here is the backyard Monday morning, before they started moving dirt out of the back. They didn't want to get trucks stuck in the mud, but they had to move the dirt somewhere so they could keep working. 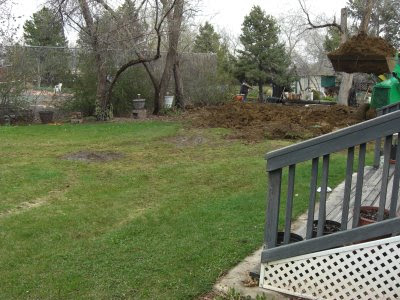 So, they dumped it here for now. Dad and Mom decided they can level out that part of the back. Some of that dirt will be hauled off to our neighbor's yards. 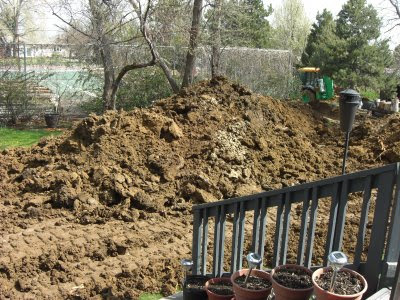 In an effort to save trucking expenses, we had them dump a bunch of dirt in the front. Those ruts are 18 inches in some places. 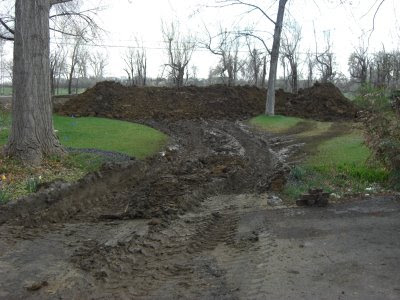 Here is the leech field being put down. Those are big plastic domes that connect to make a sort of tunnel. There will be 4 rows like that and they will all be covered with sand. 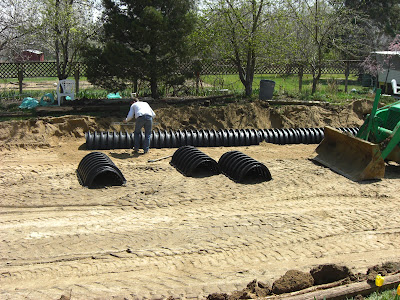 This is how it looks after 2 rows have gone in. Sand Castle anyone? 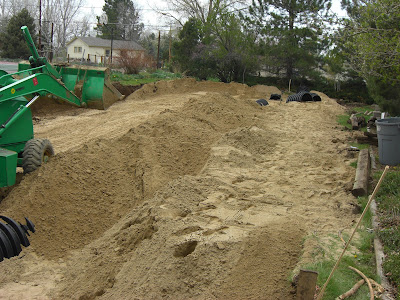 Here is the view from the railroad tie garden. 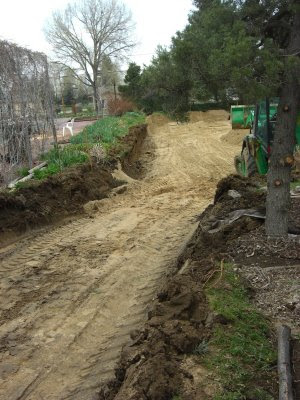